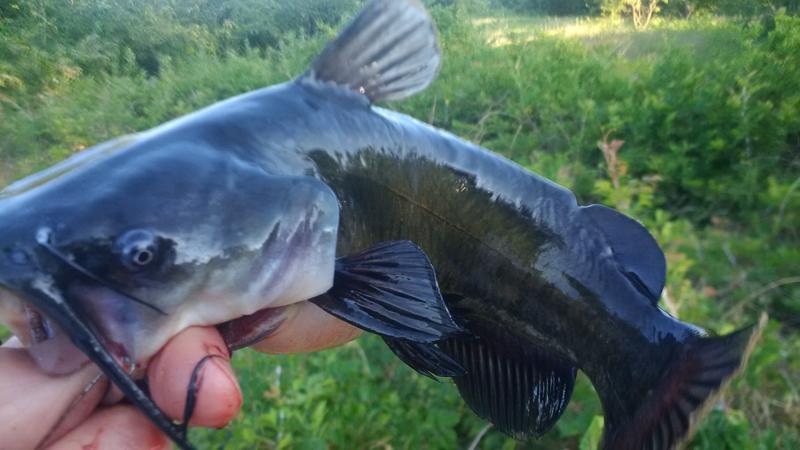 The blue catfish is the largest freshwater sportfish in Texas. Where mature populations exist, 50-pounders are not unusual.

Typically, the largest fish are caught by trotliners, some of whom have landed specimens in excess of 115 pounds. The Texas rod-and-reel record is 100 pounds. Catfish is the second most preferred group of fish among licensed Texas anglers, and blues rank third behind channel and flathead catfish. Like the channel cat, the blue catfish is considered an excellent food fish.

Blue catfish are primarily large-river fish, occurring in main channels, tributaries, and impoundments of major river systems. They tend to move upstream in the summer in search of cooler temperatures, and downstream in the winter in order to find warmer water.

Their spawning behavior appears to be similar to that of channel catfish. However, most blue catfish are not sexually mature until they reach about 24 inches in length. Like channel catfish, the blue catfish pursues a varied diet, but it tends to eat fish earlier in life.

Although invertebrates still comprise the major portion of the diet, blue catfish as small as four inches in length have been known to consume fish. Individuals larger than eight inches eat fish and large invertebrates. Blue catfish commonly attain weights of 20 to 40 pounds, and may reach weights well in excess of 100 pounds. It is reported that fish exceeding 350 pounds were landed from the Mississippi River during the late 1800’s.

Blue catfish are native to major rivers of the Ohio, Missouri, and Mississippi river basins. The range also extends south through Texas, Mexico, and into northern Guatemala. In Texas it is absent from the northwestern portions of the state including the Panhandle, but present elsewhere in larger rivers.