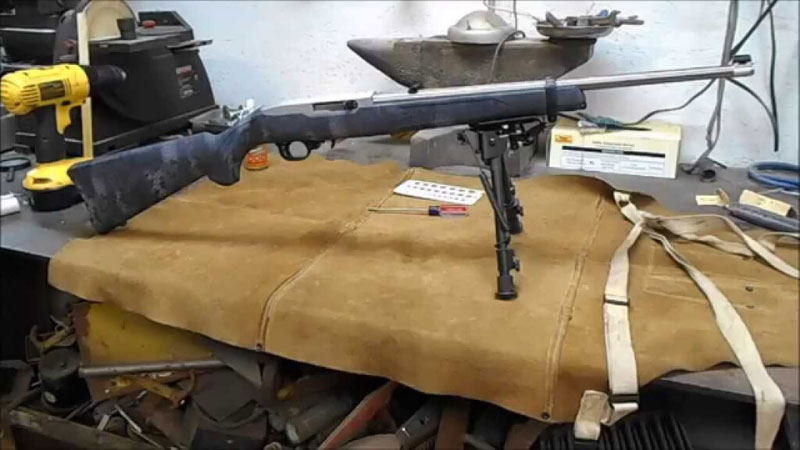 If you’re a passionate hunter and you want the best for your rifle, a bipod is always your first choice. A bipod makes shooting sessions easier and less complicated.

Propping a bipod on a rifle is the ultimate way to enjoy hunting and shooting. Using a bipod improves the accuracy of shots and maintains equilibrium during firing.

Installation of a bipod requires the use of a stud for appropriate mounting. Having a good performing stud is the highlighted feature of the best bipod for the money.

But apart from using studs, there are various ways to mount a stud. Although the entire mounting is complicated, the following necessary steps are the ultimate key to getting it done.

For better performance with a bipod, there are various techniques to go for mounting other than using a stud. It not only reduces the workload but also gives higher performance.

Ways to Mount a Bipod

Bipods can be installed depending on their structural configurations and the rifle they are mounted upon. Multiple ways to mount a bipod are-

Therefore, there are multiple options if you do not have a stud to mount your bipod on. But the best and most suitable choice is using a Picatinny rail. It is a convenient option and is more in use at present.

The next step involves taking the adapter out & installing it back and a lock washer.

Before Beginning the Drill

Picatinny rail base should be placed on the rifle, taking the flat hole over the sling swivel hole. The new sling swivel stud should be positioned in place. Word of advice,  you should use a wrench to tighten the sheath.

Next, you should level the Picatinny rail and once you are done you can move on the next stage.

When the rail base is placed correctly, the next step is the drilling. Drill should be approximately ¼” in depth. It takes place through the tapered hole over the Picatinny rail.

At the end of the drill, you can easily insert the screw into the respective rifle. The insertion should be tight enough for the rail.

A small amount of epoxy is introduced on the screw, and reseating is done to ensure tight fit and settling of the epoxy coats.

With these steps, you can easily mount a bipod without requiring any stud. In this case, the Picatinny rail works very well. Therefore, it can easily opt for multiple rifles and their respective bipods.

Summing it up, it can be said that mounting a bipod requires a lot of points to consider. The entire process should be free from any hassles or difficulties. For this reason, sometimes using a stud can be troublesome.

Picatinny rail works better than the stud in case of most renowned rifles and saves a lot of work. So, it is undoubtedly clear that the Picatinny rail can be a more significant and better alternative to using typical swivel studs for mounting a bipod on a rifle.

5 Reasons Why You Will Buy an American Made Axe?
How Does a Blood Tracking Light Work?
Survival Kit Must Haves: A Definitive Guide
Can You Convert an AR-15 into an Automatic Rifle?
How to Attach a Bipod to a Sling Swivel?
How to Install a Bipod on an AR15?
How to Use a Bipod: a Beginner’s Guide